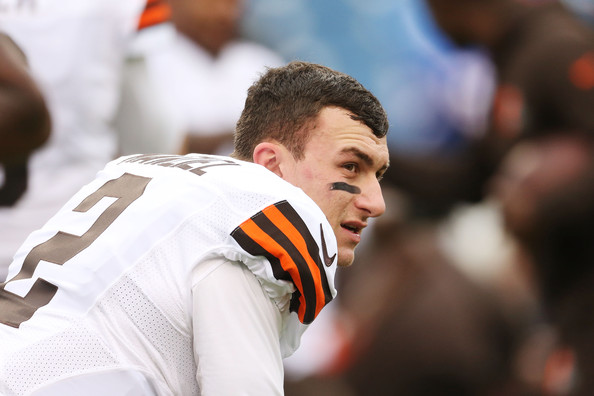 The wait is over. Johnny Football is starting in Cleveland.

After weeks of seeing Brian Hoyer and the offense fail to move the ball the Browns are making a change at the quarterback position reports ESPN. Out with the journeyman and in with the first round pick.

Hoyer has led the Browns to just one touchdown drive in his last 29 series, according to ESPN Stats & Information.

After being 7-4 and in the playoff hunt a few weeks ago the Browns are now 7-6 and last in their division.

Manziel appeared in a game against the Bills two weeks ago leading the team on a 80 yard driving scoring on an 11 yard run, however Browns coach Mike Pettine acknowledged after the game that the drive was largely aided by the Bills playing a prevent defense.

On Sunday the Browns jumped out to an early 21-7 lead thanks largely to their defense scoring two touchdowns. They were unable to do much from that point as numerous drives stalled on third down with their final drive ending with a Hoyer interception.

Manziel will have both Josh Gordon and Jordan Cameron on the field as targets when the Browns host the Bengals thsi weekend. He should finish the rest of the season out as the Browns quarterback.