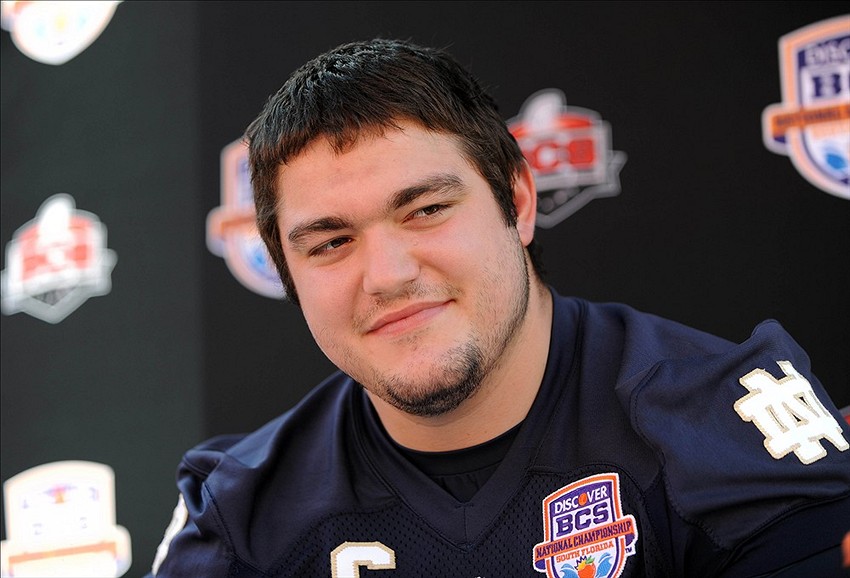 The Dallas Cowboys drafted tackle Zack Martin with the No. 16 pick in the 2014 NFL Draft.

Martin made 52 career starts at Notre Dame. The Cowboys have used three of their last four first round picks on offensive lineman. A season ago they got Travis Frederick and before that they landed Tyron Smith.

By selecting Martin the Cowboys left Johnny Manziel on the board, much to the dismay of many fans in the Metroplex. It appeared that the Cowboys were trying to trade down, as Stephen Jones could be seen slamming down a phone multiple times.

Martin is able to play all five positions on the offensive line, though its safe to say he will not be playing at center or left tackle.