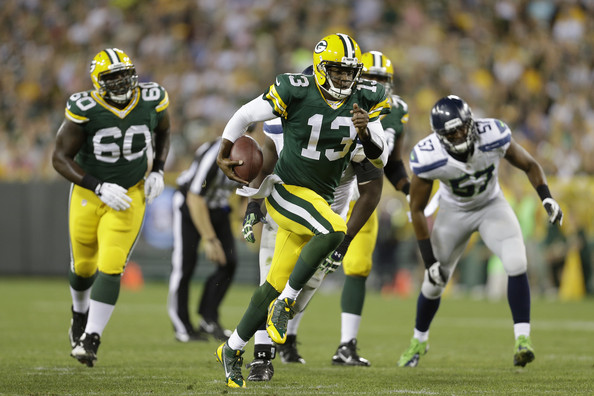 Vince Young and Tyler Thigpen will both be given tryouts with the Cleveland Browns when the team’s three-day mini camp starts on Tuesday.

Young was cut at the end of the preeason by the Green Bay Packers last season.

“He’s had success in the National Football League,” Browns general manager Ray Farmer said. “We wanted to take the opportunity to get the chance to see where he was. We’d been kind of following him through the offseason. He’d been doing some things that kind of caught our eye and made us kind of take note.”

Vince Young will try out with Browns. He last played for Eagles in 2011. More recently he was cut by Bills & Packers. pic.twitter.com/P48d9O6fMM

Young has not played in the NFL since 2011 while he was with the Philadelphia Eagles. In 50 career starts from 2006 to 2011 he completed 57.9-percent of his passes for 46 touchdowns and 51 interceptions. He was a two time Pro Bowl selection during his time with the Tennessee Titans.

Thigpen last played with the Buffalo Bills in 2012. Thigpen has played in 29 career games over the course of six seasons, completing 54 percent of his passes with 21 touchdowns and 18 interceptions.

Reports on the Browns drafting a quarterback have been back and forth this offseason though given that their only real option on the roster is Brian Hoyer the team will need to add one someway.