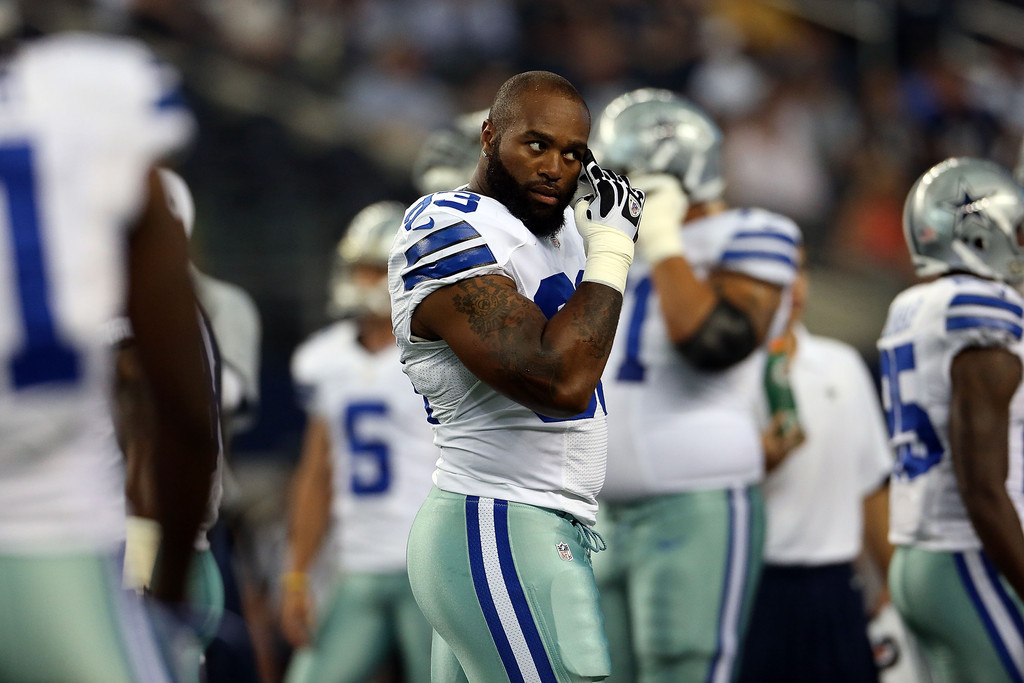 Spencer’s agent Jordan Woy broke the news on his twitter account that the 30-year-old was returning to the Cowboys.

The Cowboys used the franchise tag on Spencer in each of the last two seasons. In 2013 he played in just one game before undergoing microfracture surgery to repair articular cartilage damage in his left knee.

Happy to announce that Anthony Spencer has resigned with the Dallas Cowboys on a one year deal.

Since free agency began Spencer has visited two of the Cowboys rivals in the New York Giants and Washington Redskins only to remain unsigned. That ended on Saturday as the Cowboys reached a deal to keep him in Dallas.

As recent as 2012 Spencer was a Pro Bowl player who recorded 11 sacks. How he will fit into Rod Marinelli’s defense remains to be seen but one can only assume the financial terms heavily favor the Cowboys. (How often can you say that?)