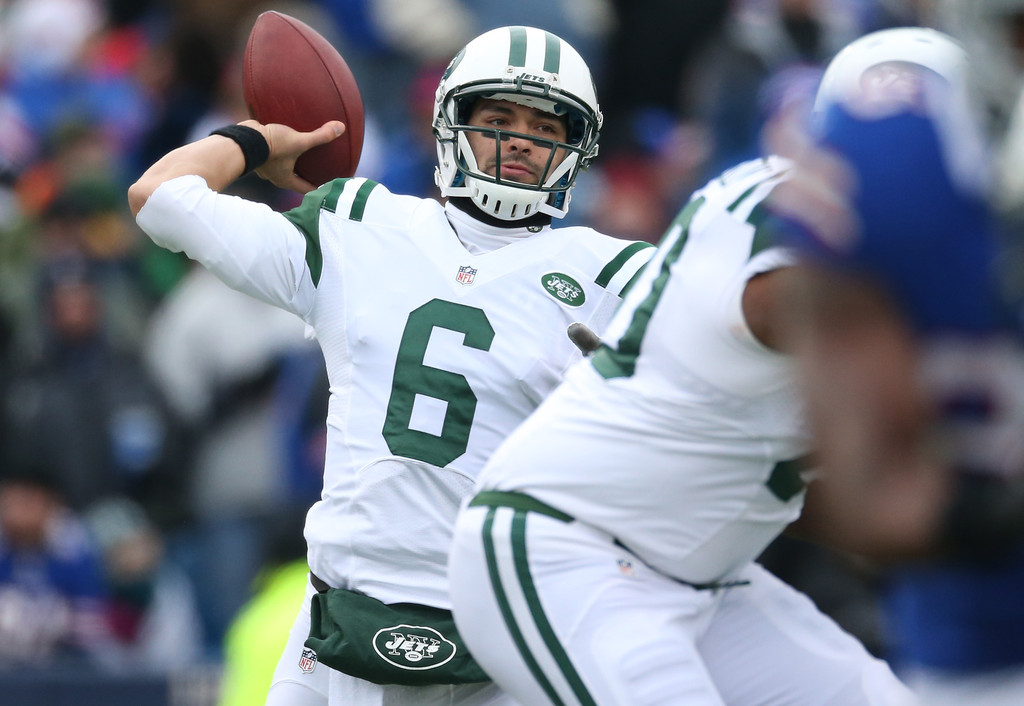 HomeNewsMark Sanchez could return to Jets for 2014
News

Mark Sanchez could return to Jets for 2014

The New York Jets and quarterback Mark Sanchez may not be done with one another.

While Sanchez will not be brought back at his currently $9 million salary plus a $2 million roster bonus the Jets could always choose to bring the signal caller back on a revised deal. Sanchez’s roster bonus comes due on March 25.

Per a source with knowledge of the situation, it’s still too early to know how it will play out.  Whatever the Jets offer Sanchez on a reduced contract could be more than what another team would pay.

The Jets appear set to bring in some competition for Geno Smith for 2014 but would they really want to bring back the guy that they drafted Smith to replace?

Sanchez missed all of 2013 after undergoing labrum surgery on his throwing shoulder.