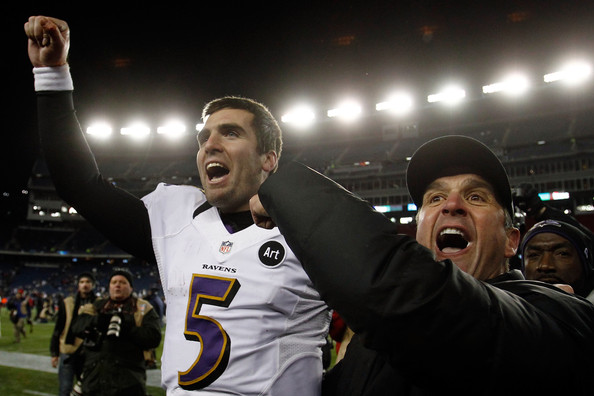 Super Bowl XLVII or 47 to those of us who are not roman numeral gurus will take place on Sunday. The NFC Champion San Francisco 49ers will play against the AFC Champion Baltimore Ravens.

By now you are probably tired of hearing of the story lines, but here we go anyway. Brother versus brother as Jim and older brother John coach against each other in the biggest game of their lives. For the Ravens: It is Ray Lewis’ last ride, Ed Reed’s last game for the Ravens probably and a chance for Joe Flacco to show that he deserves Peyton Manning money in upcoming contract negotiations. The 49ers have the quarterback with tattoos, Randy Moss who is little more then decoy wide-out calling himself the greatest at his position and a David Akers,a kicker who has struggled all season.

Who is favored in Super Bowl 47? The San Francisco 49ers are 3.5 point favorites against the Baltimore Ravens. The over/under for this game is 47.5 total points.

San Francisco opened the week as a 5 point favorite.