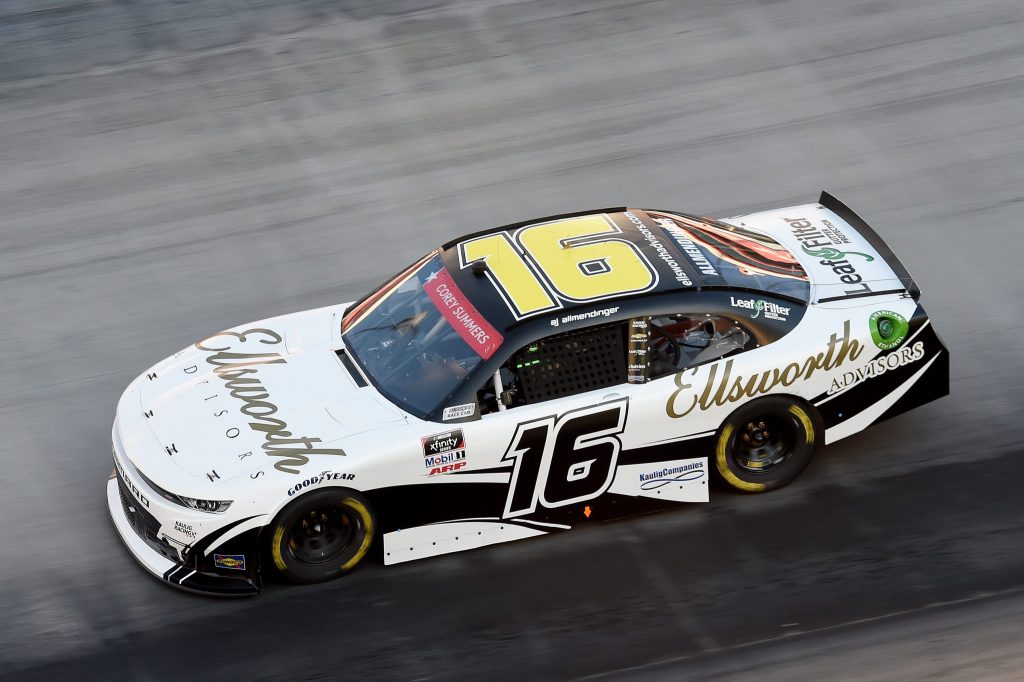 The Echo Park 250 was run after the Gander RV & Outdoors Truck Series race which was won by Grant Enfinger.

Chase Briscoe, Austin Cindric and Justin Allgaier all were caught speeding on pit road late in the race and were forced to the rear of the field with 35 laps to go.

In the end a caution never came to help them and Allmendinger was able to stay nearly two seconds ahead of his closest competitor in Noah Gragson for much of the run until Gragson was able to catch up slightly with the aid of lapped cars. In the end it was not enough and Allmendinger scored his first win of the season.

After getting out of his No. 16 Chevrolet Allmendinger exclaimed ‘oh my God, I won on an oval.”