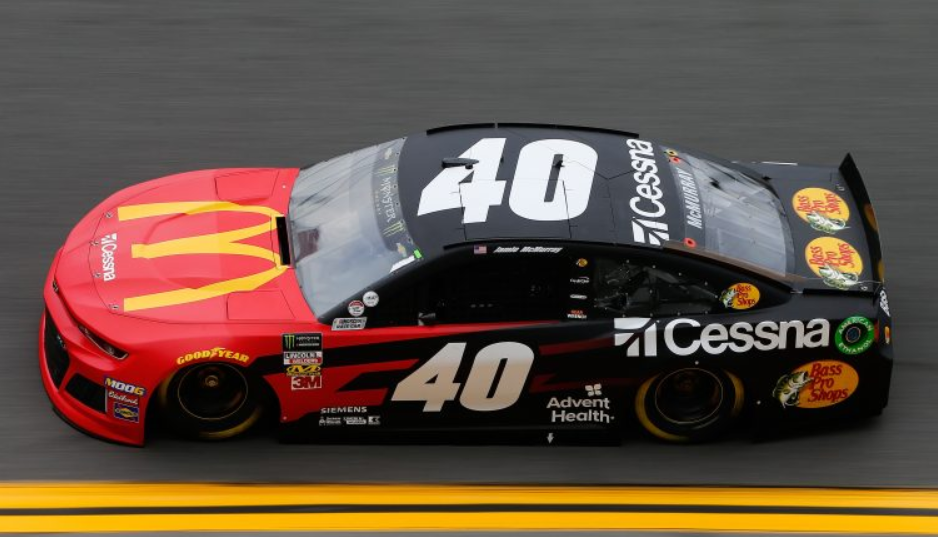 In what could be the final Monster Energy NASCAR Cup Series race of his career, Jamie McMurray finished 22nd in Sunday’s running of the Daytona 500.

Unfortunately for McMurray he would take on damage to his car in stage 1 of the race in an incident which involved Kurt Busch and Bubba Wallace.

Driving the No. 40 Chevrolet Camaro, for what is to be a one race deal, McMurray began the day in 16th.

McMurray went to victory lane in the 2010 Daytona 500 earning the right to lift the Harley J. Earl trophy over his head.

Thanks to all of my longtime loyal fans who have supported me over the years. All of your comments the past few months have been amazing and I hope you know how my I appreciate you.

During his MENCS career that dates back to 2002 the 42-year-old has seven career wins. In addition to his Daytona 500 win, McMurray won his second career start at Charlotte in 2002 filling in for Sterling Marlin. He also has another Daytona win which came in July of 2007, two Talladega wins, and wins at both Charlotte and Indianapolis in 2010 which coupled with his Daytona win gave him a career best three wins that season.