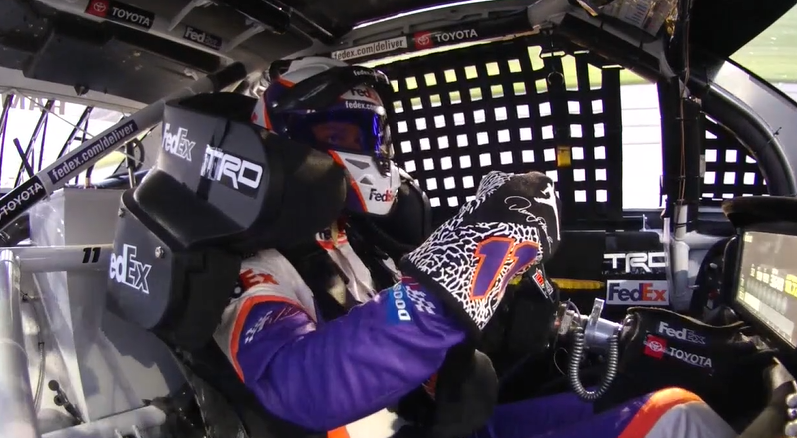 Who would have thought that back in 1987 that Hamlin would have sort of predicted the date of the win.

A few years ago when Hamlin won his first Daytona 500 some of the details were a little off. With FedEx having a new paint scheme this season…. everything is a little closer. 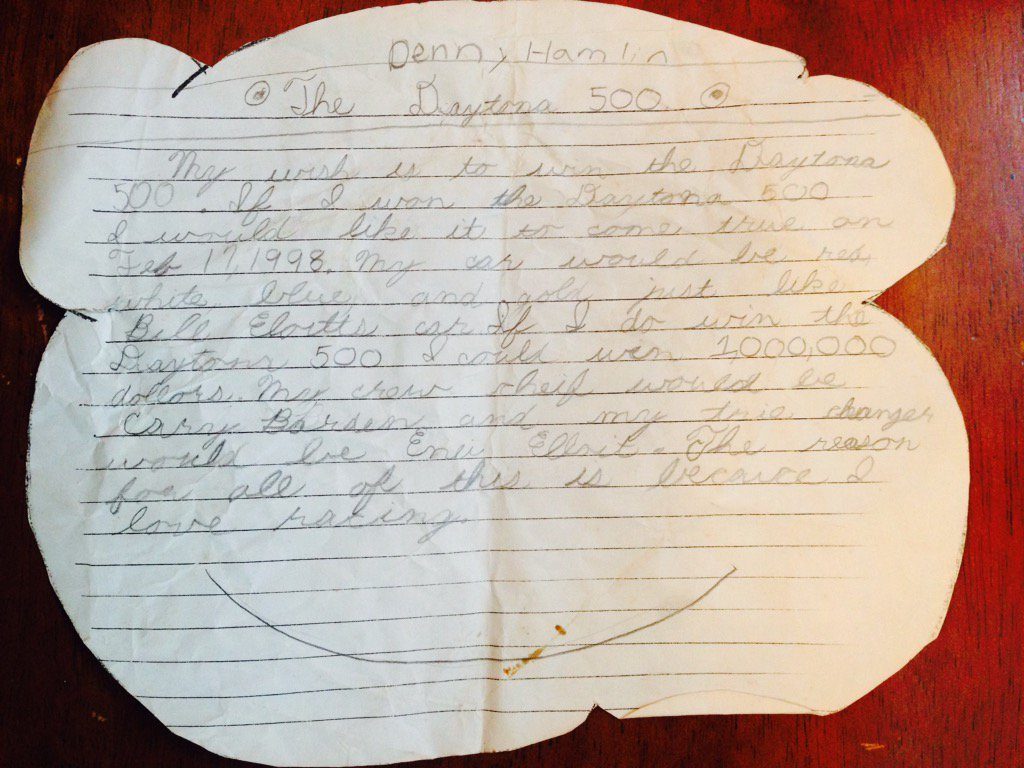 Winning this year was a little more special for Joe Gibbs Racing who recently lost co-founder J.D. Gibbs to a neurological disease. J.D. Gibbs number was 11.

With the win Hamlin is now ensured of being in NASCAR’s Playoffs and also has done something he failed to do last season, go to victory lane.