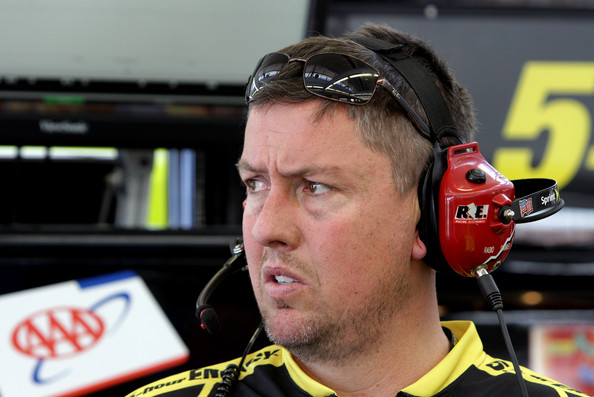 Greg Biffle will have a new crew chief for the 2016 season as Brian Pattie moves atop the pit box of the No. 16 Ford Fusion replacing Matt Puccia.

Pattie most recently served as a crew chief at Michael Waltrip Racing before team closed its doors at the end of the 2015 season.  Pattie spent most of the team with Clint Bowyer at MWR but was moved over to the car driven by David Ragan following Pocono last season.

Puccia who had been with Biffle since midway though the 2011 season and will now move to the No. 6 Xfinity Series machine driven by Darrell Wallace Jr.

Bob Osborne returns to crew chief No. 6 Trevor Bayne and Nick Sandler returns atop the pit box for Ricky Stenhouse Jr. in the No. 17.

Ryan Reed gets a new crew chief on the Xfinity Series side picking up Phil Gould who was the crew chief for Elliott Sadler last season. Sadler has sinced moved on to JR Motorsports.

Roush Fenway Racing failed to win a race at the Sprint Cup Series level in 2015 and did not have a driver represented in the Chase.