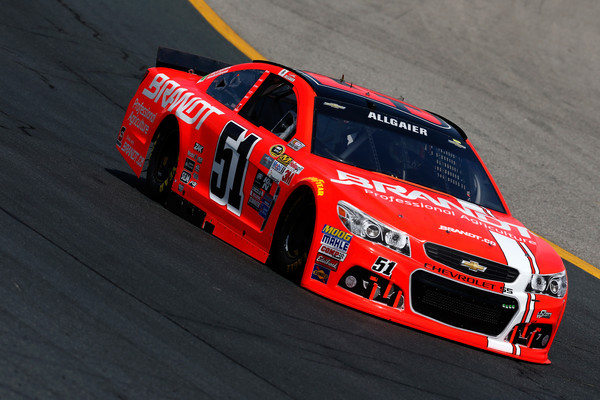 Justin Allgaier is currently 29th in the NASCAR Sprint Cup Series point standings and given the resources of the team it is safe to say that the driver of the No. 51 HScott Motorsports Chevrolet has reached expectations this year.

In fact Allgaier and the team are working on a new contract as his current one ends at the end of the 2015 season.

“My contract is up at the end of this year, so we’re still trying to figure all of the pieces out, still kind of working through all that,” said Allgaier via the Bloomington Phantagrah.

“Obviously the ultimate goal would be to do what we’re doing again and I have a great relationship with Brandt,” he said. “I’ve been very fortunate to have them behind me, so I would hope we could keep putting something together. Their goal would be to have an entirely ag-based car. I know they haven’t given up on that dream and they’ve been actively seeking partners to come in and be a part of the program.”