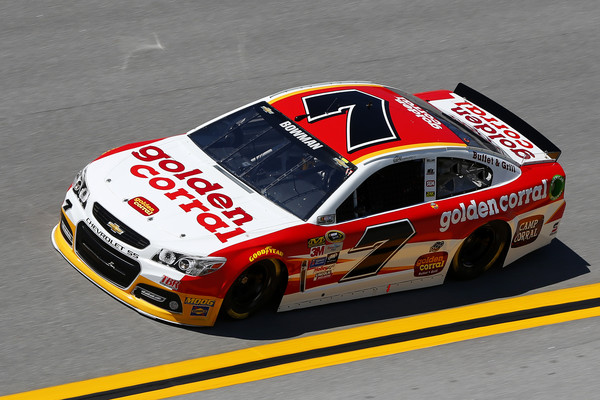 The 22-year-old joined Tommy Baldwin Racing for the 2015 season driving the No. 7 Nikko/Golden Corral Chevrolet.

“Obviously, we have a lot of good things going on for the future,” said team owner Tommy Baldwin Jr. “We picked up his option last week.

“We’re real excited about what we have going on with TBR right now. We figured if we got Alex locked down and then we can work on all the necessary tools to keep climbing up the ladder.”

Bowman spent the 2013 season driving for RAB Racing in the Xfinity Series before joining BK Racing as a rookie in the Sprint Cup Series for the 2014 season.