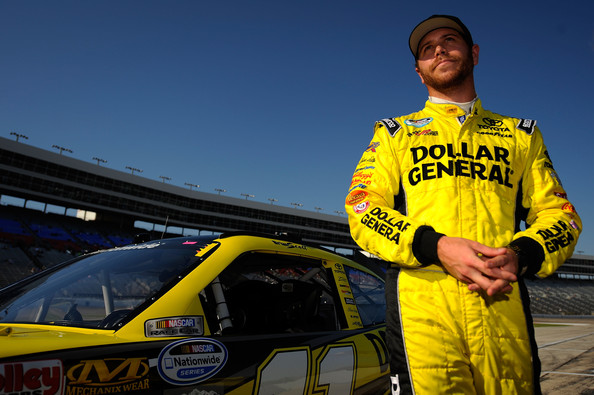 Richard Childress Racing has signed Brian Scott to a multi-year contract to drive the No. 2 Shore Lodge Chevrolet Camaro next season in the NASCAR Nationwide Series.

Shore Lodge returns to sponsor Scott in 2013. They sponsored Scott in seven races in 2010 and acted as primary sponsor in 2011 while he was driving for Joe Gibbs Racing.

“We are thrilled to continue our support of Brian as he embarks on yet another successful year of racing,” said Dan Scott, general manager of Shore Lodge

Elliott Sadler was the previous driver of the No.2 Chevy. In 20120 he finished second in the points. Sadler has now moved on to Joe Gibbs Racing to drive the No.11 Toyota.

Phil Gould, will be the crew chief for Scott’s  No.2 Chevy. Gould has previous experience as car chief for the No. 2 team in 2012 and also served as a car chief in the NASCAR Sprint Cup Series with RCR.

“I am thrilled to have this opportunity to drive the No. 2 Shore Lodge Chevrolet for Richard Childress Racing in the Nationwide Series,” said Scott. “RCR has proven over the past 13 years that it can build and prepare winning cars in the NASCAR Nationwide Series and has for a variety of drivers. I just want to be the next name on that list. RCR has a rich tradition of winning races and championships at the highest level of our sport and I am excited about being a part of an organization, like theirs, that is committed to winning.

“Our goals for 2013 are going to be set at a high level and we are going to do everything within our power to achieve those goals. On a personal level I think I am going to fit in really well. Richard Childress and a lot of the people affiliated with RCR are avid outdoorsmen and that matches my background as well.”

In two seasons with JGR, Scott  had 18 top tens, 4 top fives and one pole. His best finish was a pair of third place finishes at Chicagoland in 2011 and Dover in 2012.

“Brian is a strong young talent and we look forward to him, Phil and the entire No. 2 Shore Lodge team adding their part to RCR’s history of success in the NASCAR Nationwide Series,” said Childress, president and CEO of Richard Childress Racing.

“The fact that Brian is an avid outdoorsman only makes it an even better fit. We’re also proud to welcome Shore Lodge to our family of partners.

“The Scott family knows what it takes to create a tradition of excellence so we look forward to making our program a success both on the track and off.”