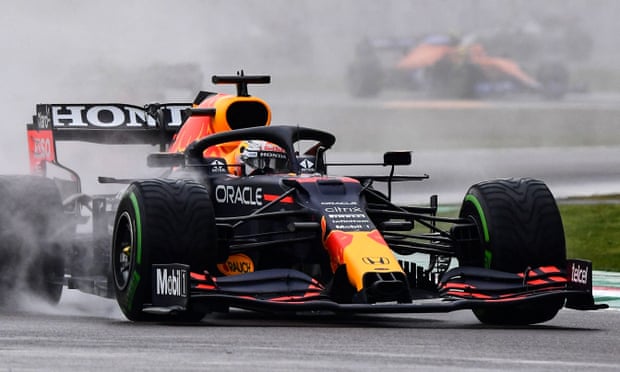 The second F1 race of the season at Imola would force teams to start the race with wet track conditions as heavy rains transitioned to a sprinkle as the green flag drew near.

Before the race began the cars of Lance Stroll and Sebastian Vettel had brake issues while Fernando Alonso ran into a wall. As they headed off for the formation lap Charles Leclerc spun. Vettel would have to start the race on pit road.

Lewis Hamilton began the race on the pole with Sergio Perez along side but it was Max Verstappen who got past Hamilton for the lead on the first lap of the race. Hamilton who ran over the rumble strips reported damage to his team.  Also on lap one Nicholas Latifi hit Nikita Mazepin and spun.

During the safety car, Mick Schumacher would also crash as he tried to get temperate into his tires. Moments later Sergio Perez would skid into the gravel losing positions and then make the decision to pass those cars back earning him a 10 second penalty.

Racing would get underway and on lap 28 Verstappen would pit for dry tyers giving the lead briefly to Hamilton who would surrender it when he pitted. Hamilton would run into the gravel on lap 31 hitting his front wing on the wall but was able to rejoin the race.  As Hamilton rejoined the race George Russell and Valtteri Bottas would collide bringing out a full course red flag.

Even with damage Hamilton would make his way up to second place and then score the fastest lap of the race keeping him as the championship leader. 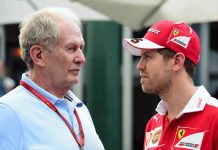