A NBA fan had a bit too much alcohol one day and figured it would be best to declare for the NBA Draft.

“After a few drinks three weeks ago, I declared myself eligible for the NBA Draft.” reads his letter to the NBA.

The alcohol undoubtedly gave this fan a false sense of his basketball talents but if you are going to declare yourself available you might as well go to the top.

Originally posted on reddit is a letter from the 25-year-old to the NBA. 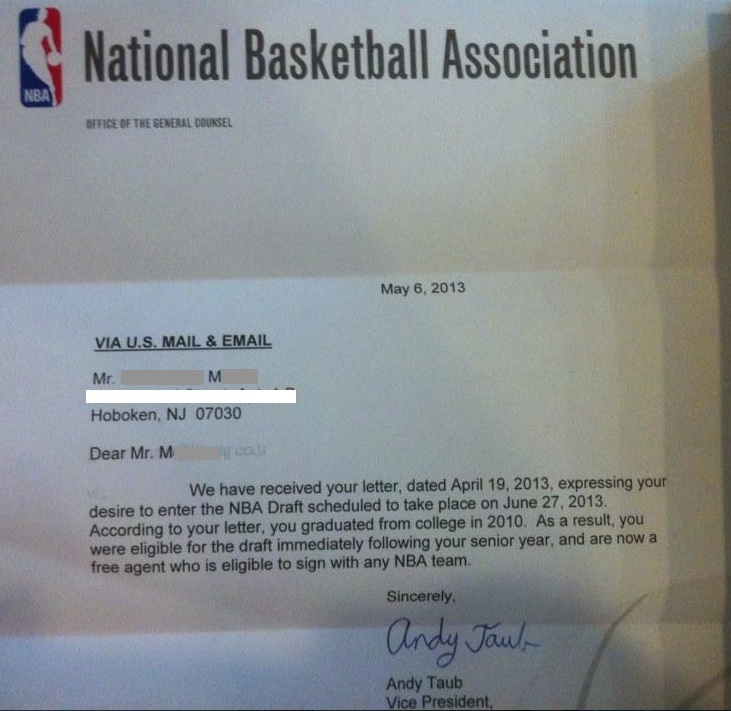 Naturally the guy got a letter back from the NBA and found out he is a free agent who can sign with any team. Wow, some people have all the luck. 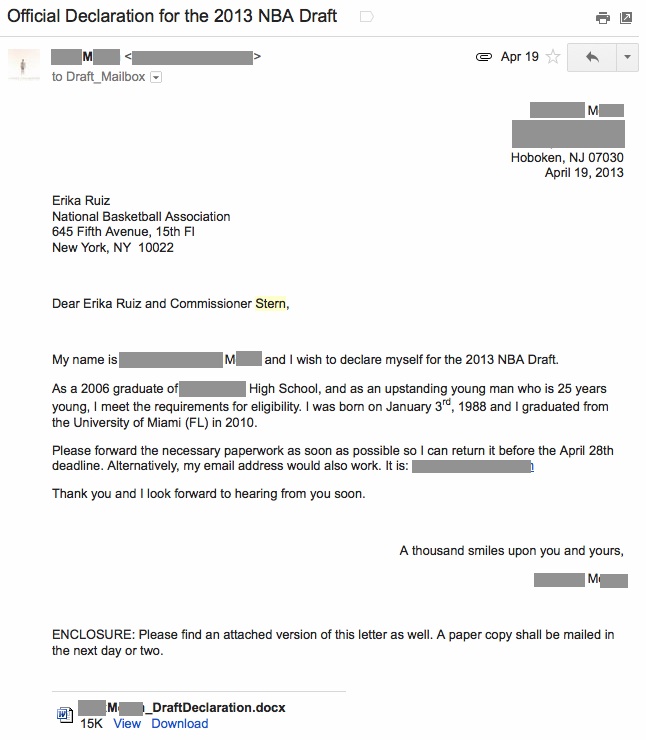