It appears that Paulina Gretzky is not a fan of U.S. President Barack Obama. The sultry daughter of NHL legend Wayne Gretzky took a photo of herself… (how do we say this politically correct?) well she told Barack that he is number one. 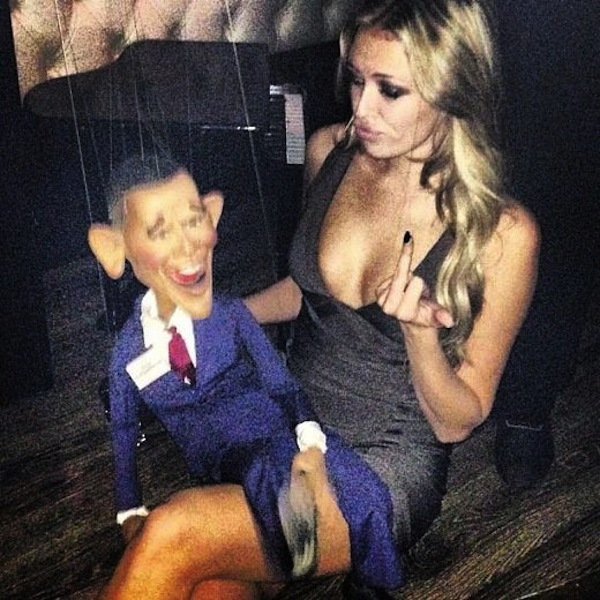 The photo has sense been deleted from her Instragram account; because it is probably not good publicity.

It is a little surprisingly because back in September Paulina took the time to snap a photo of herself partying with the puppet.

Do not worry though, Gretzky also took the following photo on election day as well as others. 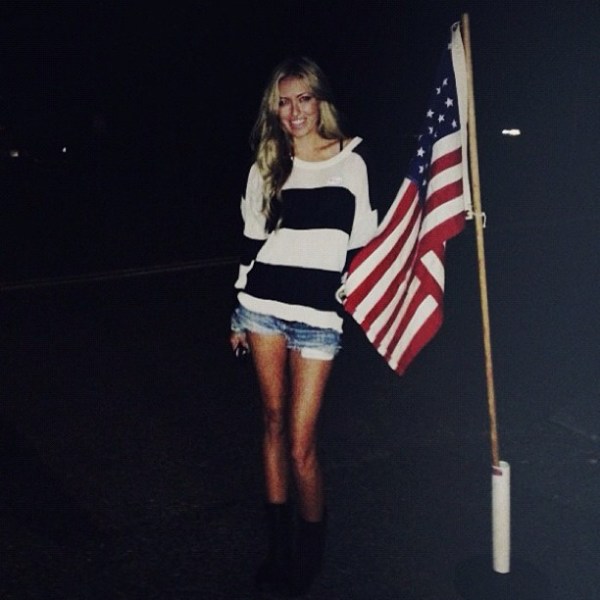