Longtime radio announcer Jim Durham died this last weekend outside of Houston in Tomebell, Texas… no cause of death has been announced. He was just 65. 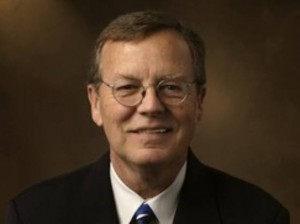 Durham was the play by play announcer for the Chicago Bulls for eighteen years. He was the announcer through Michael Jordan’s first seven seasons,  including Jordan’s hanging jumper over the Cavaliers’ Craig Ehlo in the decisive fifth game of a 1989 first-round playoff series.

“He was the best at calling a basketball game I ever heard,” Bulls Chairman Jerry Reinsdorf said in a statement. “I loved the energy he brought to our broadcasts, the way he painted a word picture of what was happening on the court which made you feel like you were there, and his sense of humor.

He has also served as a broadcaster for the Dallas Mavericks, Chicago White Sox and Houston Astros in his career.

Most recently, Duram was the lead play-by-play commentator for NBA games on ESPN Radio. He had been apart of ESPN Radio since its inception in 1996. His last assignment for ESPN was Tuesday’s season opener between Boston and Miami.

”He’s the true definition of a Hall of Famer,” Mavericks owner Mark Cuban said. ”There is nobody who was better at radio. We were lucky when I first got the team that he was the broadcaster. … He was a class act all the way. You can’t say anything but great things about Jim.”