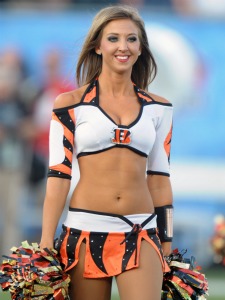 The former husband of Sarah Jones said he is devastated. Nathan Wilburn talked to inside edition about the court case of his former wife Sarah Jones. Jones was a former Cincinnati Ben-Gal cheerleader and had taught freshmen English at a Kentucky high school.

Last week Jones plead guilty to having sexual contact with a minor and was sentenced to five years probation with no jail time. Jones will also not have to register as a sex offender.

Comments have been scarce from Wilburn with the New York Daily News reporting that he was only accepting paid interviews.

The following question appears as part of an between Wilburn and Inside Edition.

INSIDE EDITION: “How did it feel when you saw your ex-wife holding hands with this guy?”

WILBURN: “I couldn’t believe it. It was like a kick in the stomach. It seemed like she was flaunting this relationship just to hurt me.”

Wilburn reveals how he almost called their wedding off, just one week before their July 2011 nuptials, bec 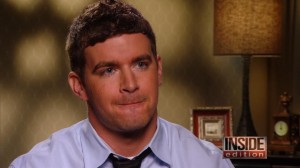 ause of his suspicions about his then-fiancée’s infidelity. The couple, who had been together for nine years, separated just six weeks after marrying.

He also expresses fury at his ex-wife’s sentence. Due to a plea deal, Jones will only serve five years probation and no jail time.

INSIDE EDITION: “What do you think about that sentence?”

WILBURN: “It’s not just. She’s getting off scot-free, if you ask me.”

Wilburn questioned if he could ever trust someone again and advised Cody York, the student whom Jones is planning to date, to not marry her. ” He might think he’s special now, but she might do the same thing to him that she did to me.”

Sarah Jones plans to tell the entire story on Dateline NBC on Friday.