Kyle Larson to be sponsored by Tarlton at Las Vegas 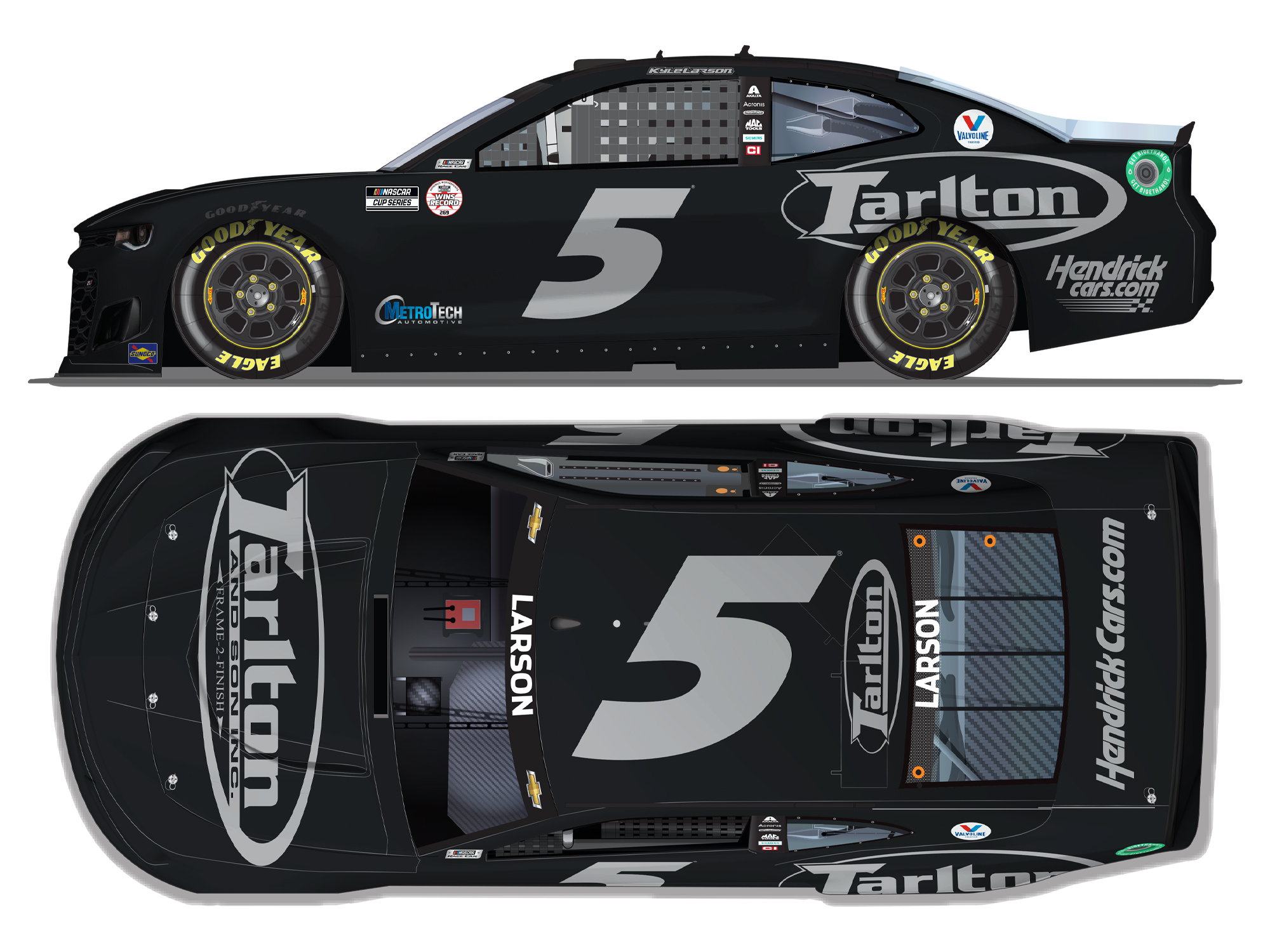 Kyle Larson will be sponsored by Tarlton and Son for the NASCAR Cup Series race at Las Vegas Motor Speedway on Sept. 26.

Tarlton has been a supporter of Larson’s dirt-racing career and will now appear on his No. 5 Chevrolet.

In his return to the Cup Series, Larson has already matched his career win total entering the season with six wins including the most recent race at Bristol Motor Speedway. When the Cup Series race at Las Vegas in March the 29-year-old Larson led 103 laps winning the Pennzoil 400.