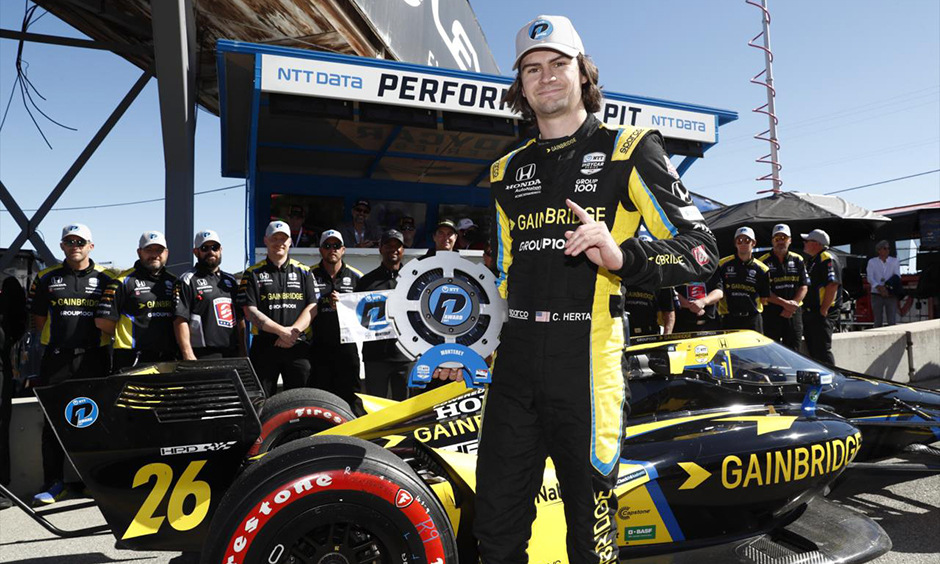 Colton Herta claimed his second pole at Laguna Seca in as many trips on Saturday as he seeks his second win of the season.

“I’m glad we ended up doing three (laps in final stint of qualifying) because I guess two wasn’t enough,” Herta said. “I really got to nail that third lap. The Gainbridge car was awesome, awesome being powered by Honda. What an amazing track. I love this place so much. Two for two for poles here.”

The track is special for the Herta family as Colton’s father Bryan, who serves as his race strategist, claimed the 1997 pole and later won the 1998 and 1999 events at the track.

Championship leader Alex Palou will start fourth behind Alexander Rossi and Will Power.

Sunday’s race will air on NBC, Peacock, and SiriusXM beginning at 3:00 pm ET.