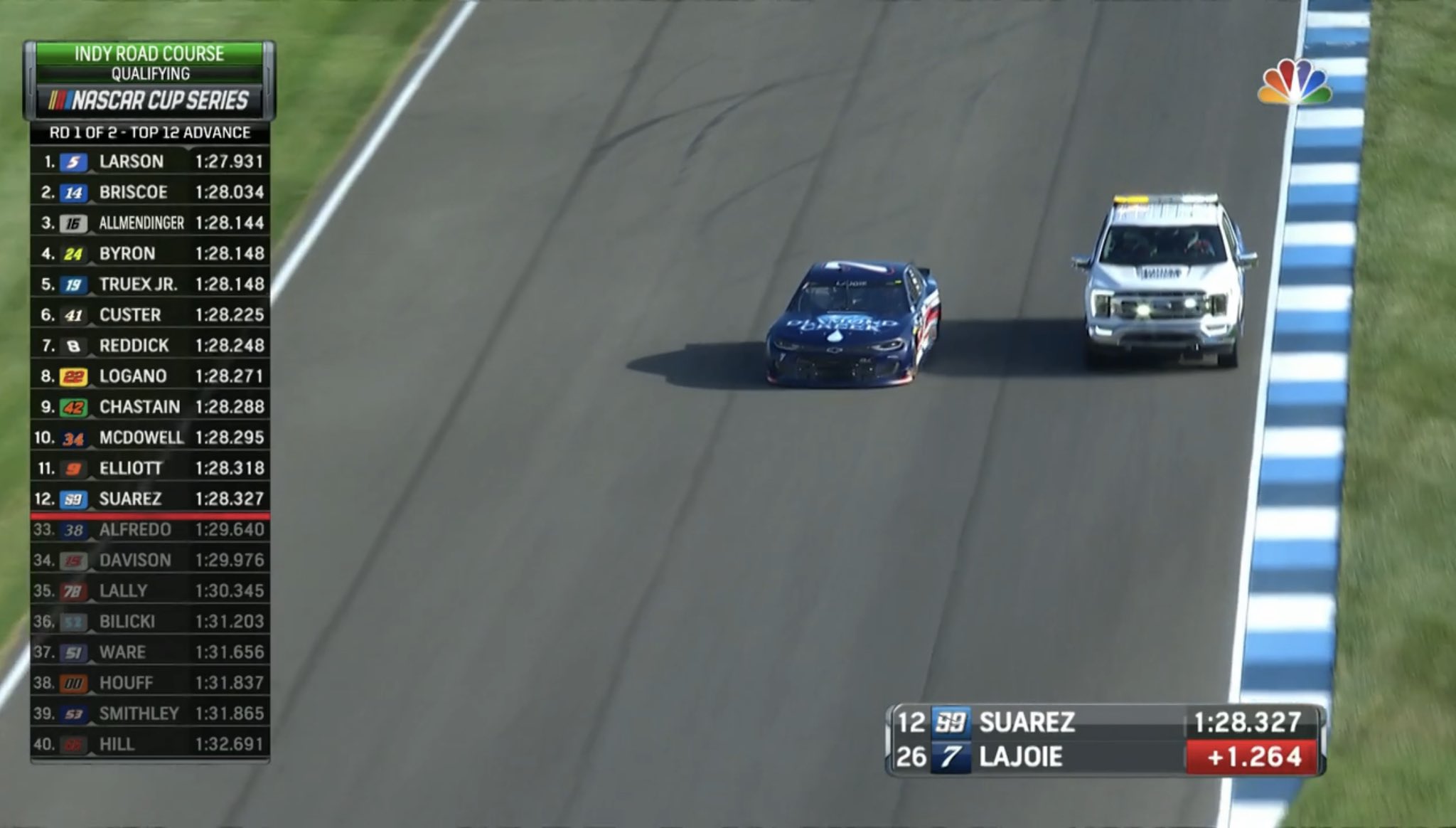 Corey LaJoie had to avoid an unexpected obstacle Sunday morning in qualifying for the Verizon 200.

LaJoie was the last car on track in round 1 qualifying when at the end of his lap he had to avoid a safety truck which should not have been on the track.

Corey Lajoie just got to pass a safety truck on a hot track during Cup qualifying. pic.twitter.com/BkmAlkBD9c

LaJoie was unable to improve on the 26th spot he had prior to the lap. Upon passing the truck he asked his team “Why was there a damn safety truck out there?”

Not too long later LaJoie told reporters that NASACAR had told him the truck should not have been on the track.

LaJoie said Nascar told him the safety truck shouldn’t been on the track. Joked that he didn’t get a draft off it to help his run. He had just passed the alternate start-finish line before time expired and truck was out there at end of that lap.

LaJoie is seemingly having fun with the incident as he posted the following tweet not too long after. 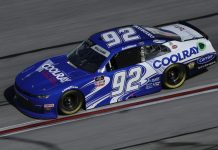