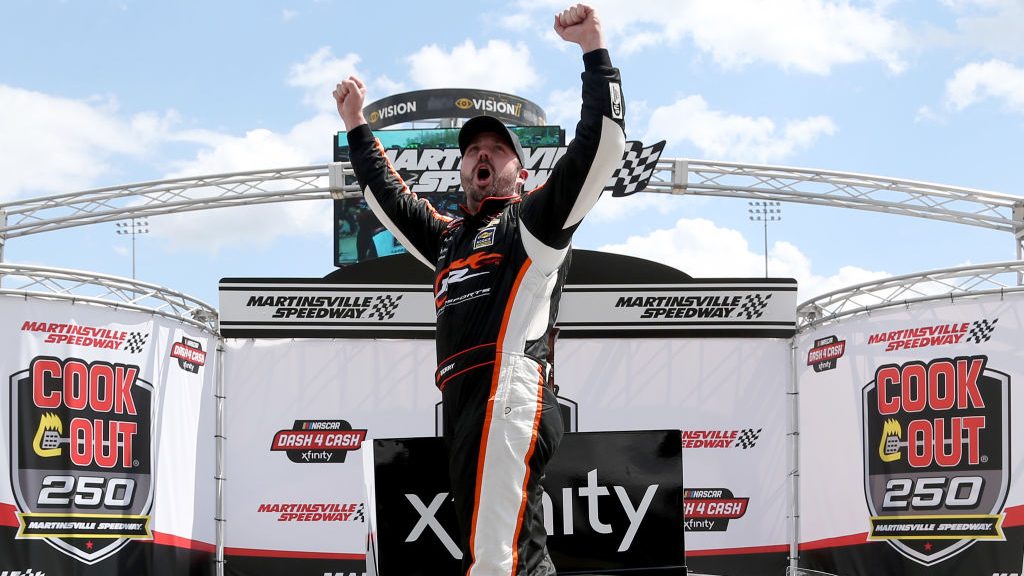 Josh Berry and victory lane at Martinsville Speedway are becoming quite familiar with one another.

In October 2019 Berry won the track’s late model race, on Sunday he took took the lead from Ty Gibbs with 29 laps to go enroute to claiming his first win in the NASCAR Xfinity Series.

Berry, 30, had company at the top of the finishing order as teammate Noah Gragson finished second claiming the first $100,00 Xfinity Dash 4 Cash bonus of the year.

“This is for all those (short track) guys,” Berry told Fox Sports after the race. “There’s a ton of them out there that are like me, that have won here and at all these great short tracks around here.

“We can do it. We just need the opportunities. Today proved it. Yeah, it’s a short track. But it’s still damn hard to win here and we did it.”

The Cook Out 250 began on Friday night but could not be finished due to rain. With 91 laps complete the race resumed on Sunday at noon.