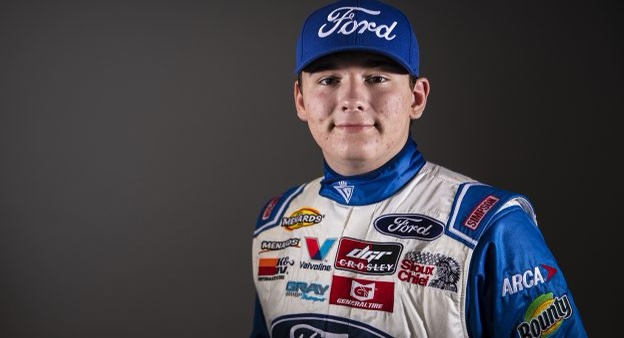 NASCAR driver Taylor Gray was involved in a single car accident on Wednesday night. David Gilliland Racing has confirmed the incident though status of injuries to Gray remain unclear.

Gray, 16, is said to be in stable condition.

The driver completes in the ARCA Menards Series as well as its East and West Series.

“The Gray family appreciates your thoughts and prayers and asks that you respect their privacy at this time,” DGR said.

Mark Martin will serve as the crew chief of Daniel Dye's entry in the Montana 200 on July 16. Dye's...
ARCA

Landen Lewis led every lap in Sunday night's ARCA Menards Series race at the dirt track at the DuQuoin...