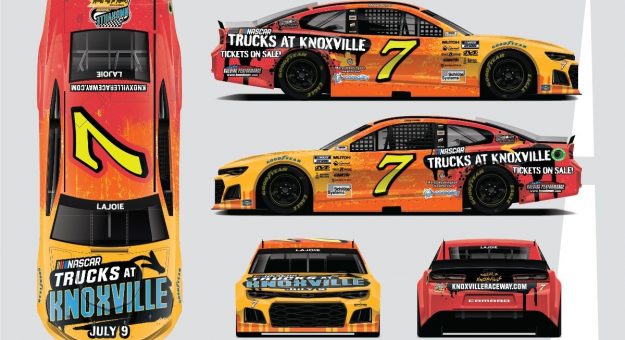 For the first time in its prestigious history, Knoxville Raceway will host a NASCAR National Touring Series event when the NCWTS races at the famed half-mile dirt oval on July 9. The event will be promoted in cooperation with Spire Motorsports’ sister company, Track Enterprises.

“Hosting a NASCAR Camping World Truck Series race at Knoxville Raceway this season is certainly an honor for everyone associated with the track,” said Kendra Jacobs, Marketing Director at Knoxville Raceway. “Spire Motorsports and Corey are putting a spotlight on our event this week while all eyes turn to dirt-track racing. We’re thankful for this opportunity and love to see the enthusiasm for our inaugural NASCAR event.”

Meanwhile, Spire Motorsports will carry the Caregility and its hospital partner, Mary Washington Healthcare (MWHC), logos aboard LaJoie’s No.7 machine. Caregility, a company dedicated to delivering care to wherever the patient is located through the use of the Caregility Virtual Care Platform, will leverage its motorsports partnerships to honor the nurses from MWHC during this weekend’s race as part of the Caregility Cares program. In addition, “MWHC Nurses” will appear over the passenger-side window.

“The Covid-19 pandemic has produced nearly daily challenges in the healthcare industry and the nurses at MWHC have risen to the challenge every step of the way,” said Ron Gaboury, CEO of Caregility. “We’re proud to be able to recognize their efforts and are excited to see them honored on the No. 7 Spire Motorsports Chevrolet driven by Corey LaJoie.”

The Food City Dirt Race will mark the first time NASCAR’s premiere series will race on dirt dating back to 1970. NASCAR and Bristol Motor Speedway announced in September the legendary high banked Tennessee oval would be covered in dirt to create a one-of-kind racing experience for the drivers, teams and fans.

LaJoie will be joined by Stewart Friesen this weekend as teammates under the Spire Motorsports canopy.

Friesen, who has over 330 career wins in dirt modified racing, won the last time the NCWTS raced on dirt at Eldora Speedway in 2019. The Ontario, Canada native is currently sixth in the Truck Series Championship point standings.

Spire Motorsports jump started its 2021 campaign with a pair of top-10s in the Daytona 500 where Jamie McMurray and LaJoie finished eighth and ninth, respectively. Justin Haley has handled the driving duties for the No. 77 team since the second race of the year but will yield the seat to Friesen for Round 7.

LaJoie whet his appetite for this weekend’s festivities during last week’s Bristol Dirt Car Nationals where he won the 604 Crate Late Model B-Main. Much to his chagrin, a flat right-front tire stalled his efforts in the division’s main event leaving him 21st in the final rundown.

While the Concord, N.C., native has eight previous NCS starts at Bristol, he’ll likely throw away his previous notes as he prepares for his maiden voyage in a full-bodied Cup Series mount on the dirt-layered half-mile.

“This weekend at Bristol is going to be a new challenge for everybody,” said LaJoie. “It’ll be the first time we’ve had any sort of practice prior to a race in over a year. I ran a late model last week at Bristol just to get familiar with the track. Hopefully, it translates some to the Cup car. Most of the field has limited experience on dirt so it’ll be the most level playing field we’ve been on in a long time. We’ll have a little fun and give away some tickets for the Truck race at Knoxville. I’m looking to capitalize on what I learned last weekend at Bristol and rebound for a good result after a rough last couple of weeks.”

“It’s always an exciting opportunity when we can integrate our properties to achieve a common goal,” added Spire Motorsports co-owner Jeff Dickerson. “The Food City Dirt Race is, perhaps, the most highly anticipated race on the 2021 NASCAR Cup Series schedule. At the same time, we feel the same way about the NASCAR Camping World Truck Series race at Knoxville Raceway. We’re confident those are going to be to two of the most watched and well-attended races on each of their respective schedules.”

The Food City Dirt Race from Bristol Motor Speedway will be televised live on FOX Sunday, March 28 beginning at 3:30 p.m. Eastern Daylight Time (EDT). The seventh of 36 races on the 2021 NCS schedule will be broadcast live on the Performance Racing Network and SiriusXM NASCAR Radio Channel 90. 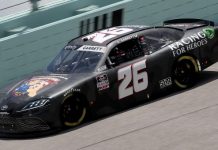 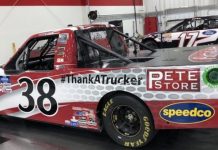 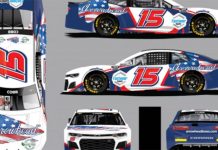