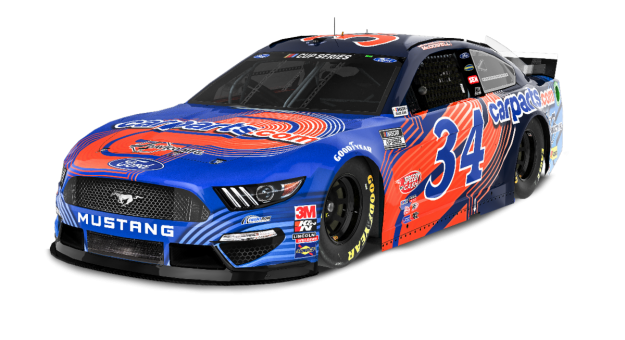 CarParts.com is heading back to the track with Michael McDowell on Sunday, November 1st, at Martinsville Speedway, along with Davico Manufacturing, who will be making their debut in the NASCAR circuit as a co-partner. CarParts.com has helped propel McDowell to a career-best season that includes four Top-10 finishes and his all-time best average finish, which spurred the ecommerce giant’s decision to tap the No. 34 Front Row Motorsports Ford Mustang and McDowell into a sneak peek at the company’s brand evolution, showcasing the all-new logo at Martinsville for CarParts.com’s last race of the year. After the race, one lucky NASCAR fan will win a Martinsville No. 34 livery replica hood signed by McDowell. For updates on how to enter for a chance to win, fans can follow @CarPartscom on social media.

“We’re thrilled to introduce our new look to NASCAR fans with Front Row Motorsports, Michael McDowell, and our partners at Davico Manufacturing,” said Lev Peker, CEO of CarParts.com. “We believe our fellow drivers belong on the road, which is why we’re committed to helping them move forward and enjoy their journey. This is what our new logo helps represent. We couldn’t think of a better debut than having McDowell carry our new branding at Martinsville Speedway in front of a national audience on NBC.”

Joining CarParts.com on the No. 34 at Martinsville is Davico Manufacturing, a family-owned business that has been producing American-made catalytic converters for over 30 years in their home state of Massachusetts. Available on CarParts.com, Davico Manufacturing offers the widest catalytic converter selection, including exact-fit converters that promise unmatched attention to detail and straightforward installation with no cutting, clamping, or welding required.

“Davico Manufacturing has been a made-in-America manufacturer of world-class, direct-fit catalytic converters and special exhaust for more than 34 years,” said Glenn Hamblett, National Sales Manager at Davico. “Our entire team here in Massachusetts is excited and energized to co-sponsor the No. 34 car of Michael McDowell and the Front Row Motorsports team along with CarParts.com. We will all be watching and enjoying our first NASCAR marketing endeavor and wish everyone well. Good luck, Michael McDowell!”

McDowell has found tremendous success with CarParts.com on the track, including his best finish of the season to date, coming in seventh at the famed Indianapolis Motor Speedway. Furthermore, McDowell has been actively involved with the company through various social media promotions, sweepstakes, and internal meetings. He is now looking forward to helping them with the introduction of their new look, and bringing first-timer Davico Manufacturing to the track.

“CarParts.com has been innovative with their look and colors all season,” said McDowell. “They’re now introducing their new logo. It’s awesome they wanted to do it with NASCAR, Front Row Motorsports, and myself. They’ve been a great partner all season, but they’ve also been great for the sport and done different things to give back to the fans, too. That’s amazing to see during such a challenging year. I also want to thank Davico Manufacturing for their support this weekend. They’re going to be in for a fun ride.”

Sunday’s race will be televised live on NBC and begin at 2:00 p.m. ET. 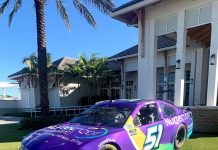 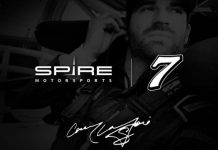 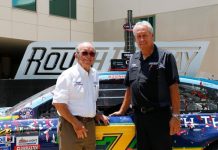