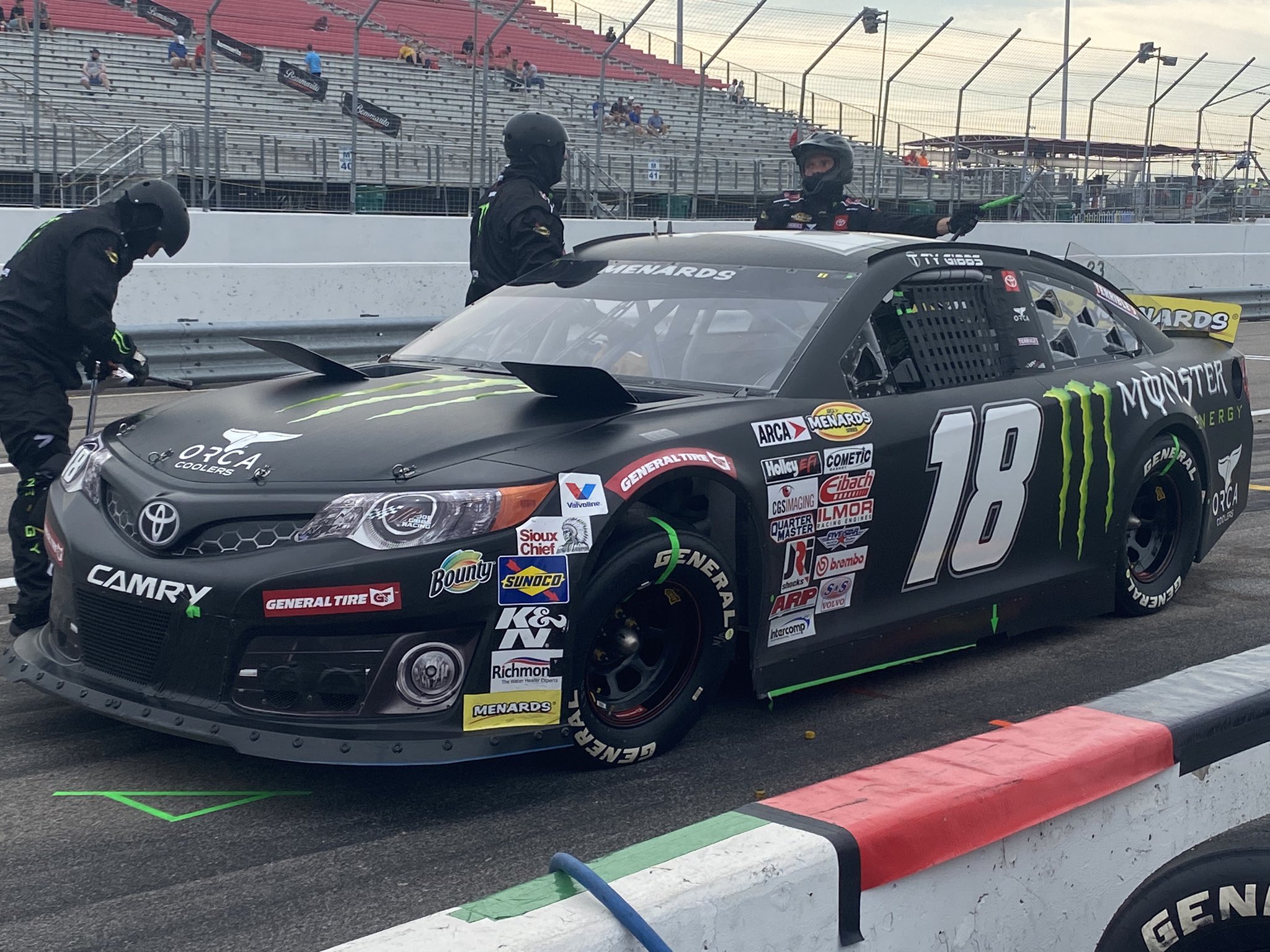 Michael Self began the Dutch Boy 150 on the pole but Ty Gibbs would move to the front prior to the first race break. Chandler Smith would be shown in second at the lap 41 break.

As the race resumed Kris Wright would have to go to the pits after being stuck in second gear. Gibbs would again be the leader as the race headed to the second break.

Gibbs continued to lead while Sam Mayer was able to get around Smith. Michael Self would see his run go awry after spinning out and causing substantial damage to his car.

On the restart Mayer would make a move for the lead but it would be costly as he would fall back to fourth before moving back to third prior to a spin by Hailie Deegan.