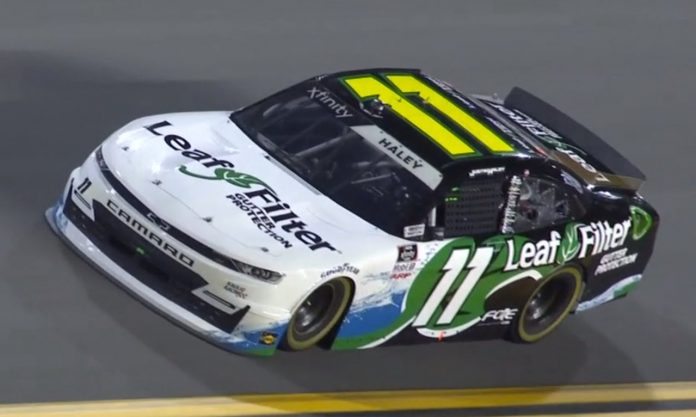 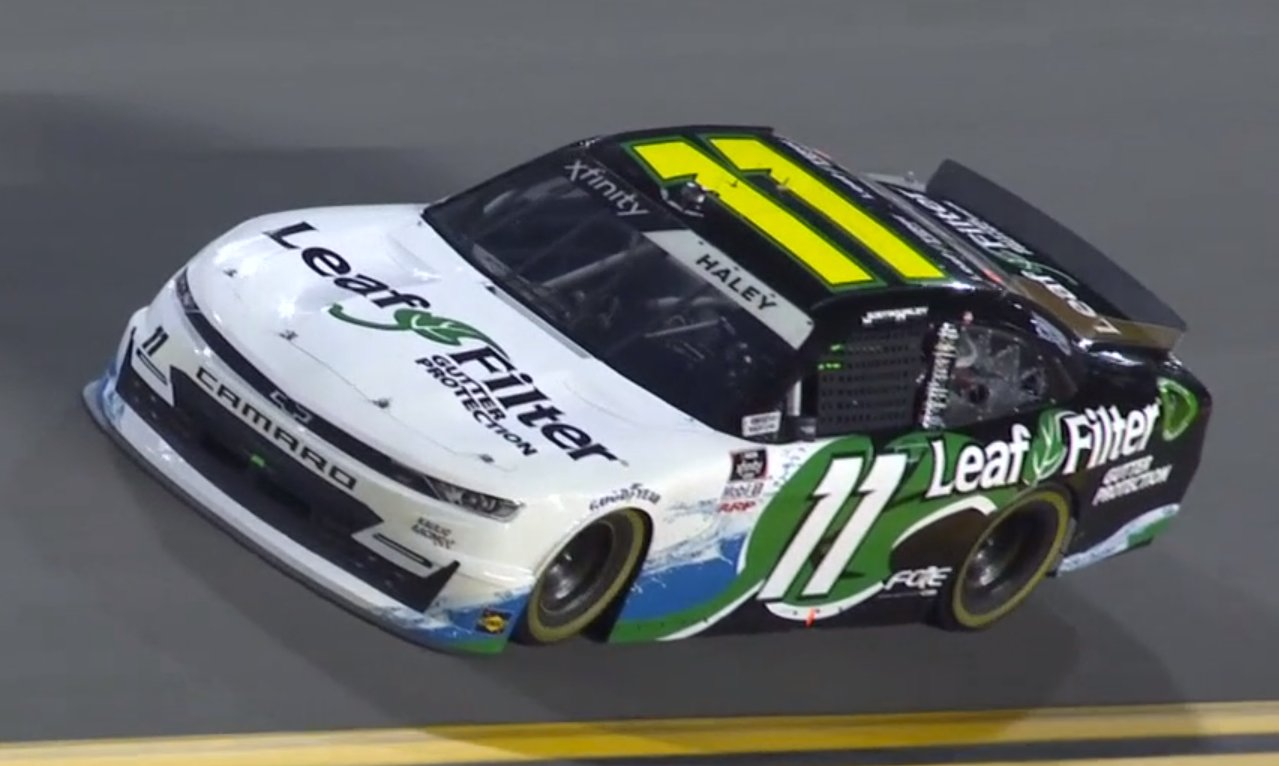 Chase Briscoe began the race on the pole. The first incident of the race took place for Joe Graf Jr. was spun in the tri-oval by Jeffrey Earnhardt. Caesar Bacarella would also take on damage from the incident but unlike Graf was able to continue.

Caution out for Thanos using the Infinity Gauntlet on Joe Graf Jr. pic.twitter.com/YvziYwTeMO

When the race resumed Bacarella would go around bringing out the second caution on lap 14. The third incident took place on lap 25 when Earnhardt, Cody Vanderwal and BJ McLeod were all involved in an incident. That would set up a one lap shootout to end the first stage which would be won by Justin Haley.

Several cars opted to stay out including Timmy Hill who would lead the race until the Kaulig Racing cars of AJ Allmendinger, Ross Chastain and Haley would stack up and move back to the front.

Brandon Jones goes around and a bunch of drivers behind him get collected. @NASCAR @XfinityRacing on NBCSN. pic.twitter.com/WfeWxnPNMw

After the restart Allmendinger, Chastain and Haley would again link up before a debis caution came out on lap 53. They would pull off the same scenario allowing Allmendinger to win stage two.

Cindric and Briscoe would be able to get pass Haley to break up the three car draft of Kaulig racing but with two to go found themselves Allmendinger and Chastain. Cindric would make a move on Chastain but lost Briscoe in the process as Haley moved back up to fourth.

On the last lap Haley would make a move on Cindric only to be blocked by Chastain. A moment later Chastain would turn Allmendinger as Haley would sneak though and claim the win while his two teammates ended the race crashed.