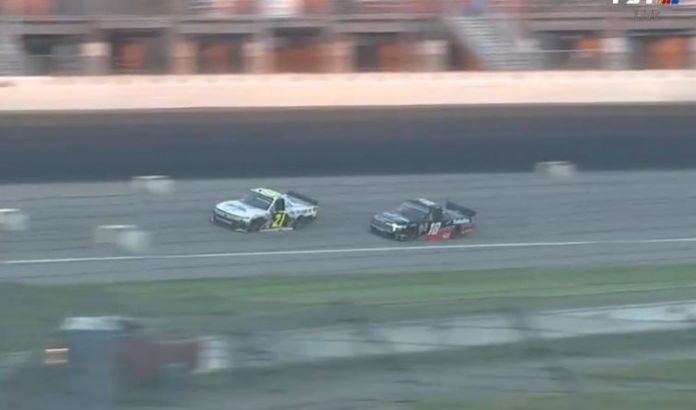 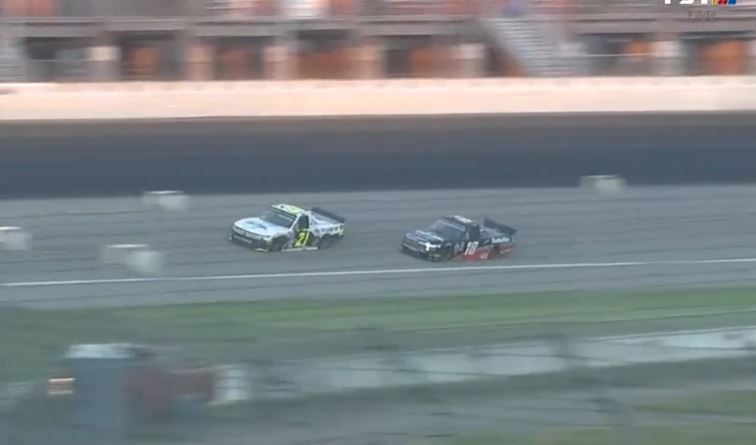 Brett Moffitt won the first stage of the race and finished second to Johnny Sauter in the second stage.

Battling teammate Grant Enfinger for the lead with 16 laps to go Sauter would go around damaging his truck and ending his chance to win.

The race would go to overtime only for a crash involving Brennan Poole, Tate Fogleman and Jeb Burton. While lining up for the restart Sheldon Creed had a battery issue knocking him from contention.

On the restart Enfinger would be turned while Christian Eckes went to the lead. Zane Smith would get around Eckes on the final lap however to score his first career in the series.