The schedule for the 2020 NFL season has been released, and we now know that the Atlanta Falcons and Miami Dolphins will be the ‘home’ team as part of the now-annual International Series.

It was back in 2005 that the genesis of the NFL International Series can be seen. Aside from the American Bowl, the National Football League had never held a regular season game overseas, but that all changed when the Arizona Cardinals defeated the San Francisco 49ers 31-14 at the huge Estadio Azteca in Mexico City – a game watched by a staggering 103,467 spectators.

The international schedule now takes in games in London each year as of 2007, with as many as four fixtures scheduled each season in the English capital. As well as regular games in Mexico, the NFL also has ambitions of taking football to Australasia, Europe, and beyond.
There is a rich history of American football games being played in stadiums all around the world so, with that in mind, here is a look at five of the coolest stadiums that have hosted NFL contests. 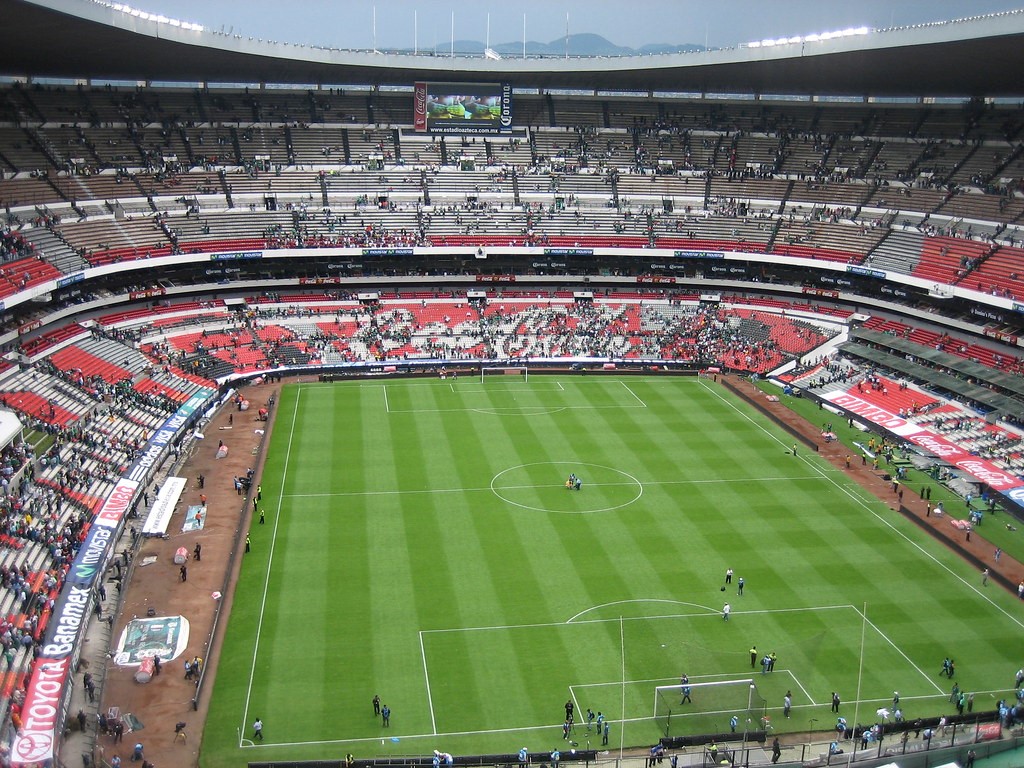 Enjoying a slice of history as the first arena to host a regular season NFL game, the Estadio Azteca continues to welcome football fans to Mexico City as part of their involvement in the International Series.

The stadium has witnessed victories for the Houston Texans, New England Patriots, and Kansas City Chiefs since 2016, although there was an ‘off year’ in 2018 when the playing surface was considered too dangerous for football.

Unique in that it sits at 7,200 feet above sea level, the Estadio Azteca has also hosted two soccer World Cup finals (as well as a semi-final featuring the famous ‘Hand of God’ goal from Diego Maradona), and the 1968 Olympic Games. 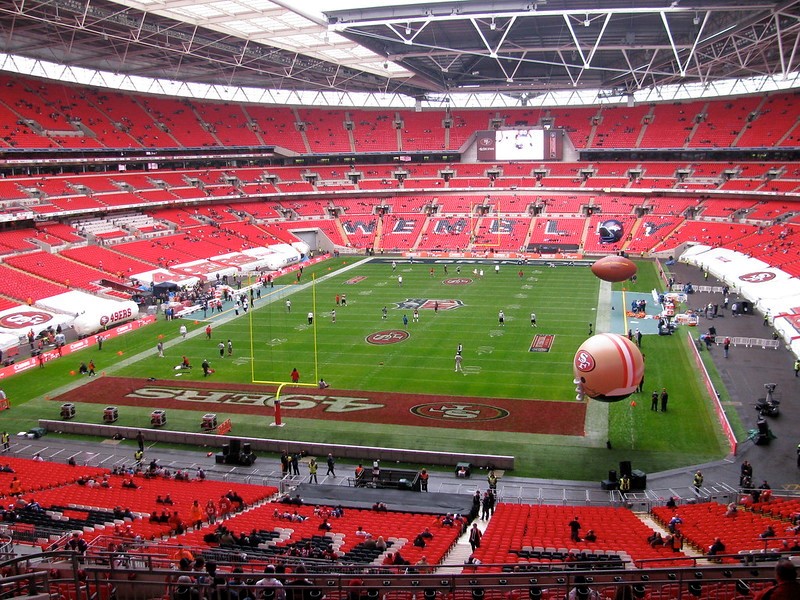 While it has since been usurped as the biggest and best arena in London by the Tottenham Hotspur Stadium, it is hard to ignore the history and stature of the Wembley venue.

The first NFL approved game to take place outside of North America occurred in Tokyo back in 1976, but Wembley was the first overseas arena to consistently welcome football on an annual basis.

The Minnesota Vikings defeated the St Louis Cardinals at Wembley back in 1983, and the NFL has returned each year since – an agreement formalized by the International Series in 2007.

Still mostly known as a soccer stadium – or football as it is known in England, Wembley will host group games and the semi-finals and final of the European Championships in 2020. It must be a lucky omen, because England are one of the hot favorites according to the latest outright international football betting odds to lift the trophy! 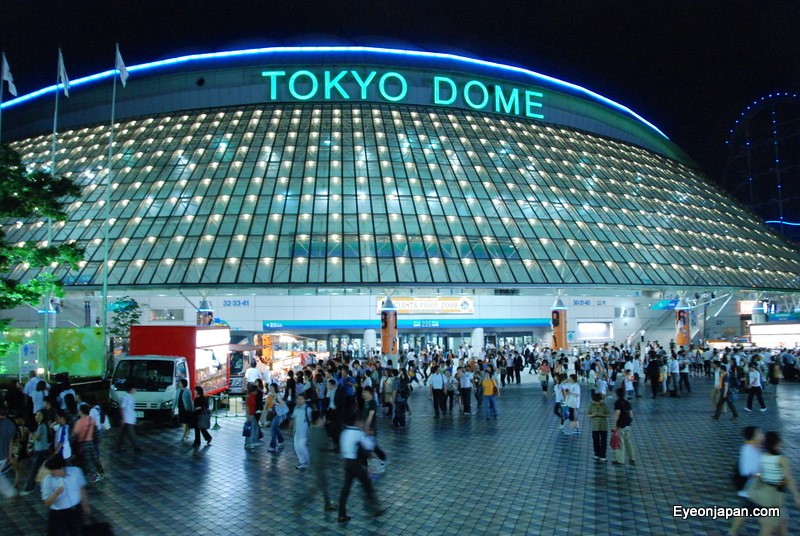 “Near entrance to Tokyo Dome” (CC BY 2.0) by eyeonjapan.com

From an architectural perspective, surely the coolest stadium to ever host an NFL game goes to the Tokyo Dome.

Known as the ‘Big Egg’, the arena features a dome-shaped roof that is supported by the air – an innovation unlike any other when built back in the late 1980s.

Home to the Yomiuri Giants baseball team, the Tokyo Dome also hosted NFL games on a pretty much annual basis between 1989 and 2005, including one classic overtime victory for the Green Bay Packers over the Kansas City Chiefs in 1998. 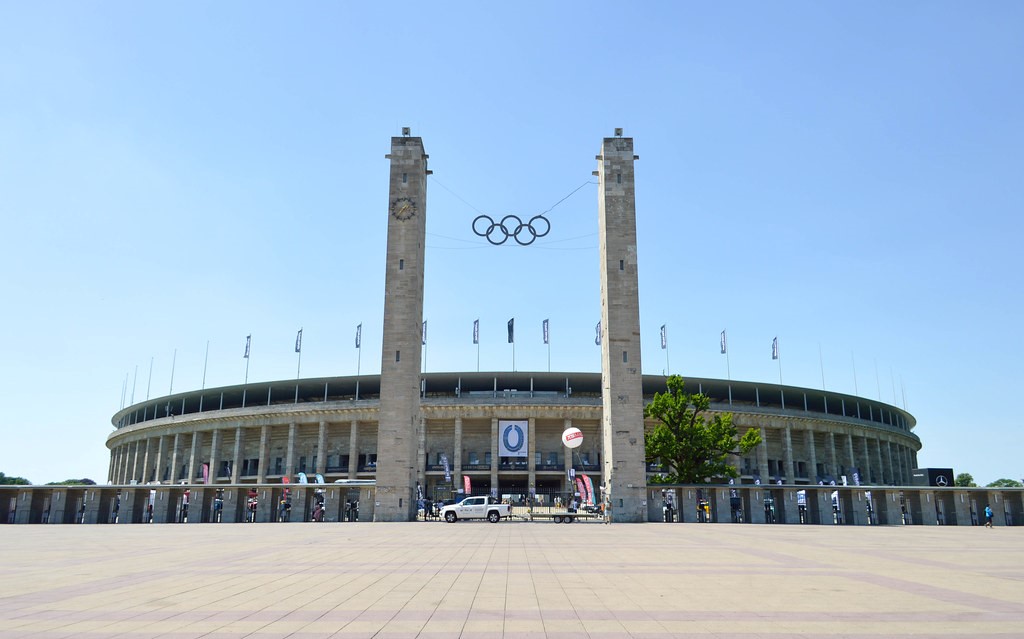 The NFL actually made history in Berlin by becoming one of the first sporting events to be played at the Olympic Stadium both before and after the reunification of Germany in 1990.

The history books often show David Hasselhoff to be the embodiment of the reunited spirit in the country when he sang at the demolition of the Berlin Wall, but the San Francisco 49ers weren’t far behind when they defeated the Chicago Bears at the stadium just months after unification was completed. 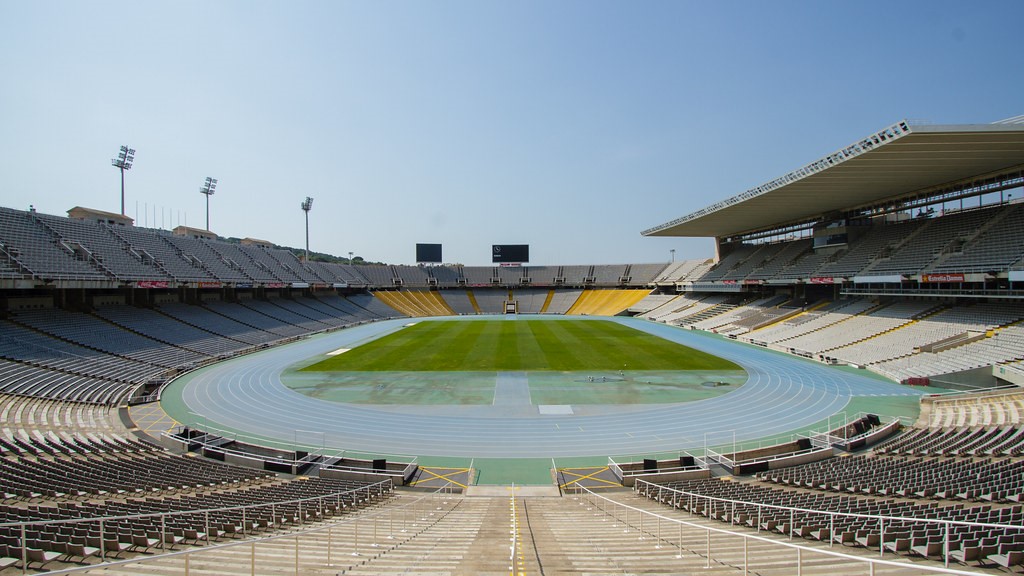 Built specifically for Barcelona’s unsuccessful bid to host the Olympic Games in 1936, it would take more than 50 years for the Estadi Olimpic to finally see a major sporting event when the Olympics of 1992 took place in the city.

The summer after, the 60,000 seater venue hosted an NFL contest between the 49ers and the Pittsburgh Steelers.

And the Catalan arena showed a penchant for welcoming nail-biting finishes when the Denver Broncos took the Los Angeles Raiders to overtime in 1994, with the latter just getting home by three points.

With the NFL International Series continuing to expand in size and scale, which other stadiums will we soon be adding to this list? 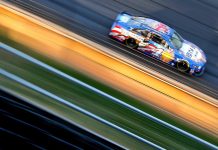 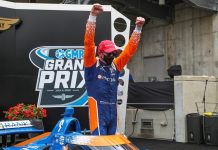 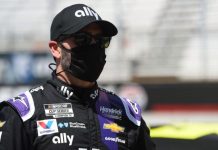