While he won last year at Watkins Glen, Marcos Ambrose is still seeking his first career win on an oval. Which brings the question of whether or not Pocono should be considered an oval since it has three turns instead of four. Either way what can not be argued is the momentum that Marcos Ambrose has behind him heading into this race weekend. Ambrose has placed his #9 Stanley Ford Fusion inside the top-10 in two of the last NASCAR Sprint Cup races.

In six career starts at the tricky-triangle the Australian born driver has recorded a best finish of 6th but overall has an average finish of 27.2. That number will need need to improve should Ambrose look for success this weekend. Last season he recorded finishes of 34th (involved in wreck) and 20th.

Ambrose is not the only member of RPM to be enjoying success right now. Teammate Aric Almirola has finished 19th or better the last four weeks and is coming off a seasons best finish of 6th at Dover. 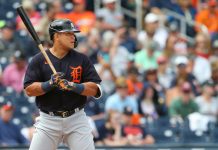 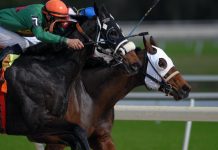