y Damon turned down a contract offer from the Yankees worth $14 million a few weeks ago and everyone figured the guy would be making $2 million this year for some reason. Well the Scott Boras spin machine got to work immediately and suddenly it was said that Detroit was offering the same deal.

Well the two headed monster of Damon and Boras took a week to finally hash out a contract with the Tigers with the left fielder getting $8 million for the 2010 season.

It’s clear to me at-least that Damon didn’t really want to play in Detroit. He said his wife preferred Chicago, he took a week to finally accept $8 million from them then no one else wanted to go above $4.5 million.

All of which may really be because playing in that ballpark will kill Johnny Damon’s numbers. I don’t even have to pull up his splits to tell you Damon was a “masher” at the new Yankee Stadium and was a league average player on the road.

Damon and Boras know as well as anyone that the outfielders numbers are going to slide badly in Detroit.

The worst part of the whole situation is that the Tigers traded Curtis Granderson to the Yankees due to salary concerns and now sign Damon, the lesser of the two players, for $8 million. I guess they don’t call him Dave Dumbroski for nothing.

There however is a silver lining in this story. We don’t have to hear about it anymore. I don’t know why I’ve written about the situation so much other then frankly it’s been pissing me off! 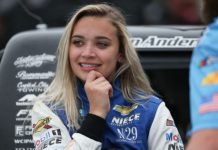