The market is starting to develop for Adam Kennedy as the Washington Nationals have joined the Mets, A’s and Marlins as teams who have expressed interest in the infielder in recent days.
Last year Kennedy played for the A’s batting .289/.348/.410 with 11 home runs and 63 RBI, while playing mostly at second and third base.
Not bad for a guy who was released late last winter by St. Louis and then failed to win a job out of spring training for Tampa Bay before being sent to Oakland in a trade. 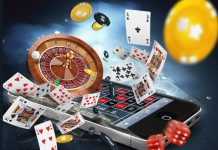